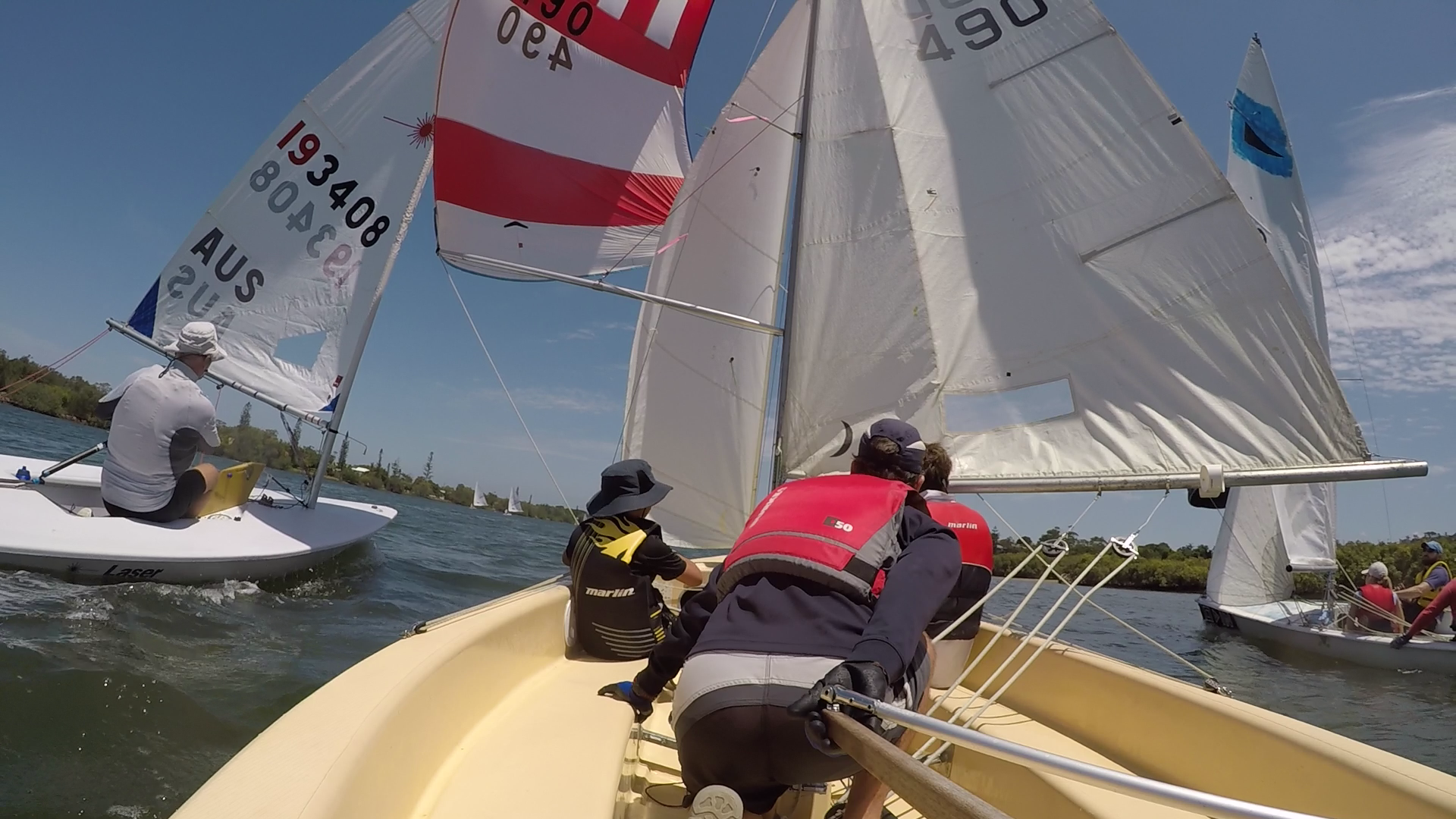 Tweed Valley Sailing Club conducted its 8th race of the Summer Series with a good steady 15 knot Northerly breeze and a helpful ebbing tide. 20 boats competed, crewed by 44 sailors, with a further 10 people in support roles and rescue boat.

Sunday’s main event was the Penultimate Race (Heat 4) of the North Coast Corsair Class Championship. This is a race of “One Design” boats, each carrying 3 crew, and setting spinnakers down wind. It’s a scratch race, so not handicapped, and the competition is very intense.

This race marked a record fleet for Tweed Corsairs, with ten boats competing crewed by 30 sailors.

They have proven to be an awesome team and also won today’s handicap Pointscore, leading from start to finish against a very determined second placed Corsair “Odin” sailed by class Stalwarts, Skipper Daniel Sieders, with Adrian Dokter, and Tamara Sheppard.

The top five Corsairs completed the long course on the Fingal reach in one hour and forty minutes, with only ten minutes separating them at the end.

It was a lovely day on the water and enjoyed by all.

Sailing on the Fingal Reach is also great for spectators, and many lined the river bank to enjoy the spectacular of Sail, from close up !

The sailing clubs next event is on Sunday the 25th of February. All are welcome and many boats require crew.

People with boating licences are very welcome to help out by driving our rescue boat. 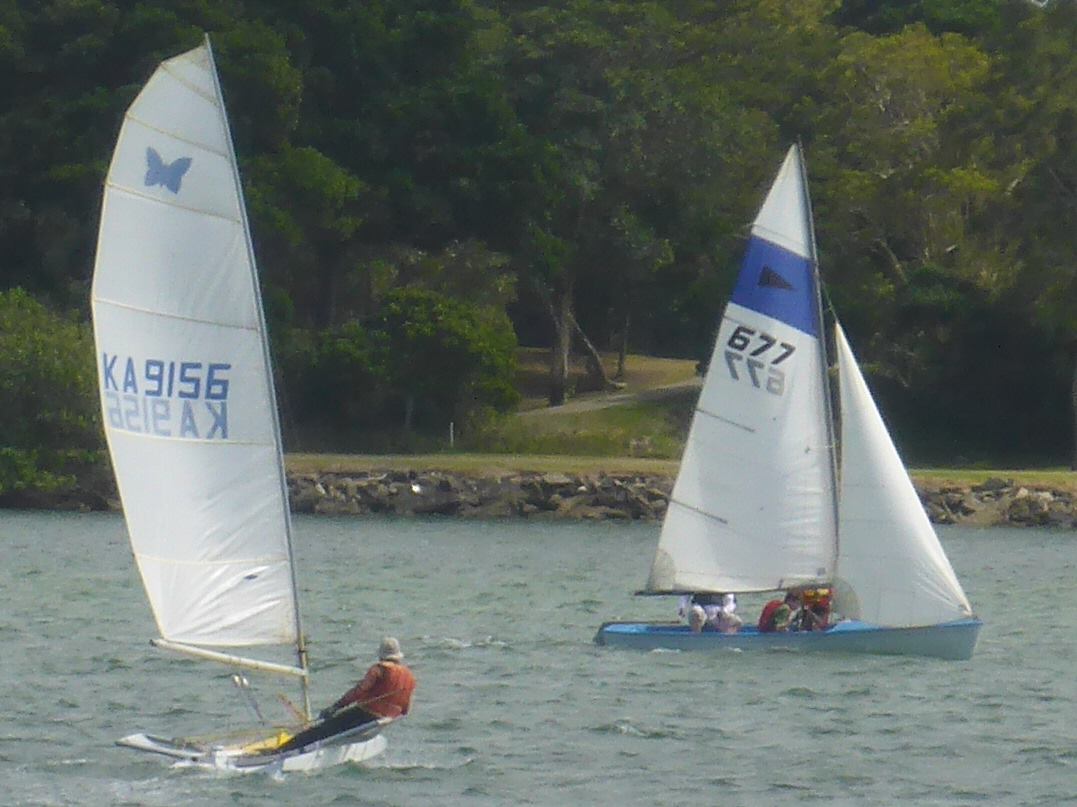 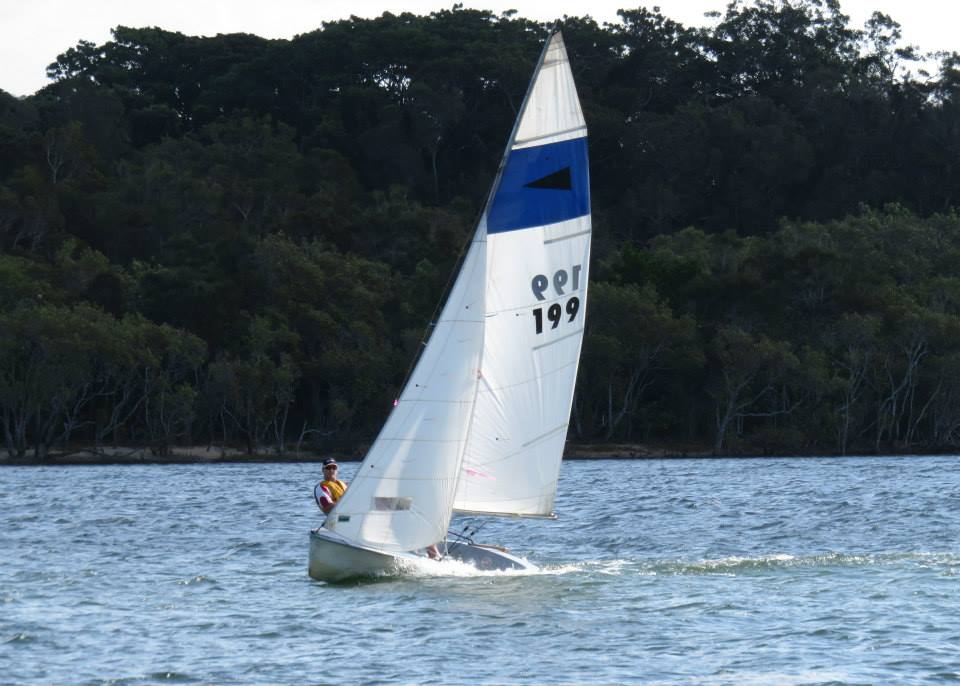 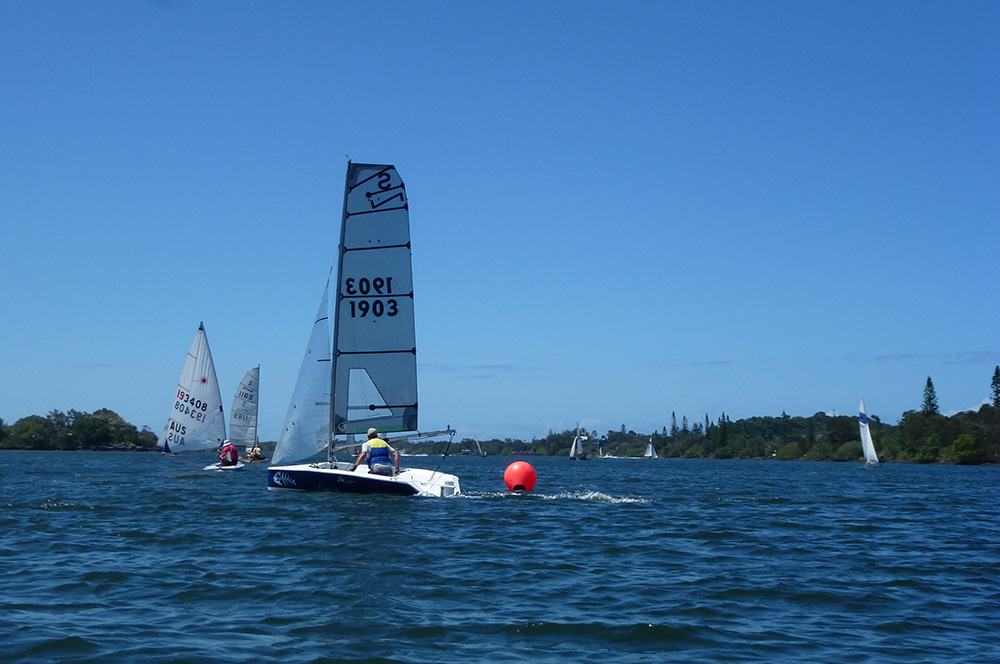 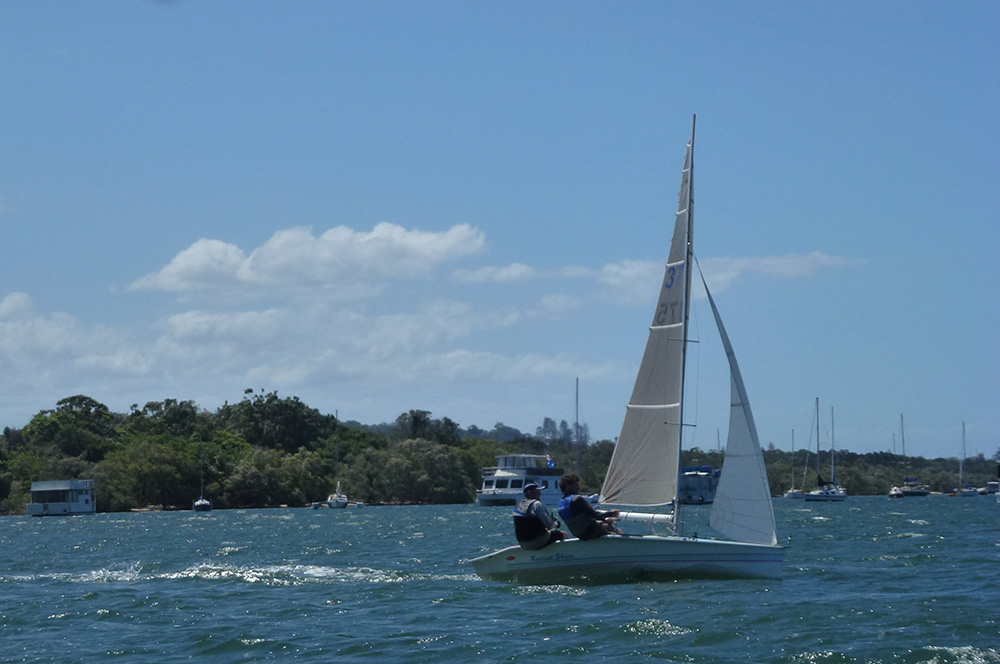 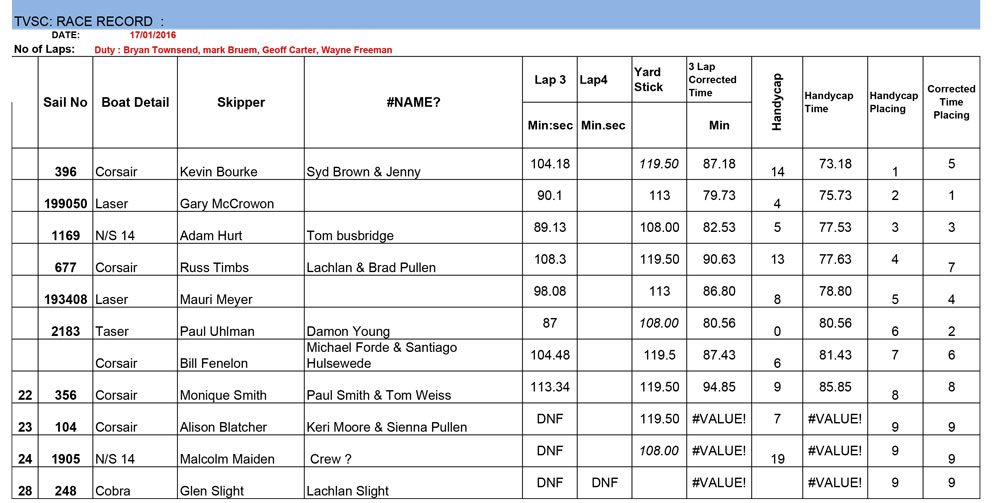 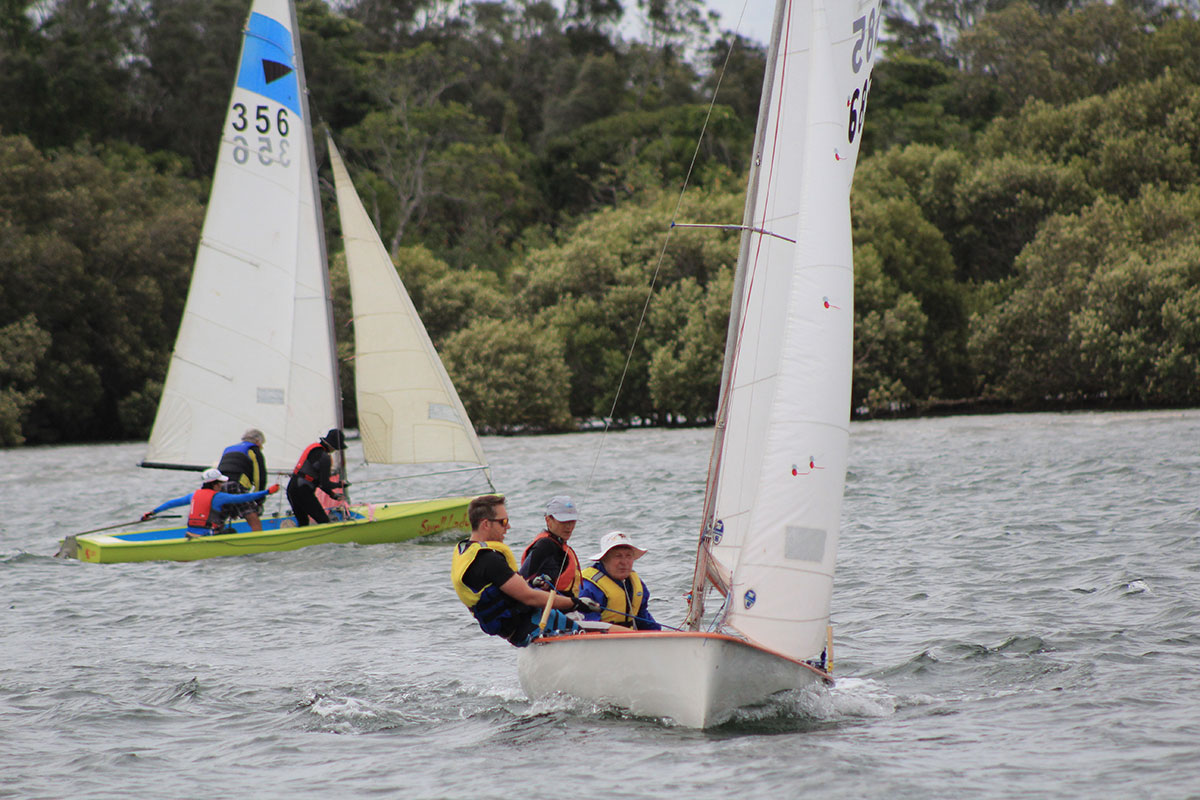 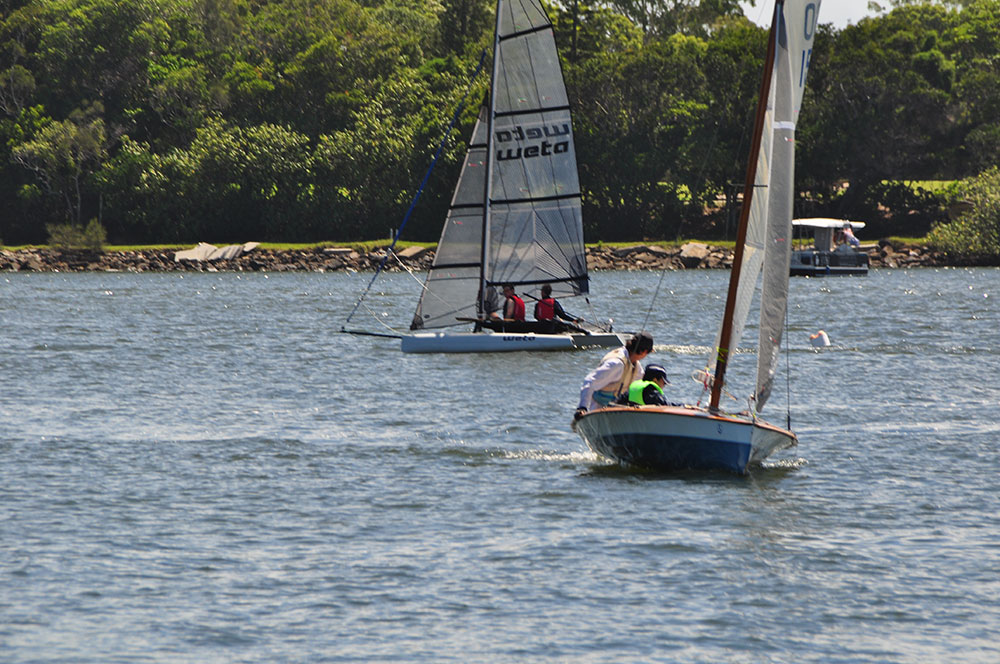 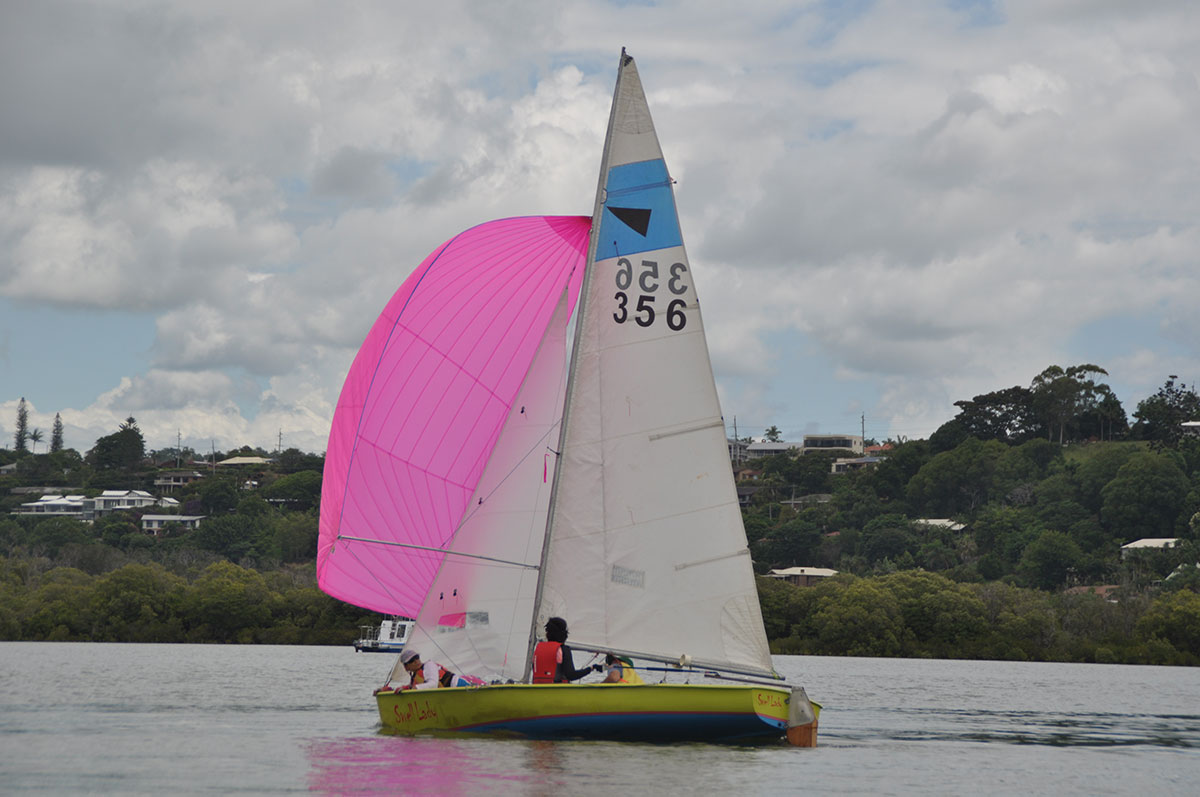 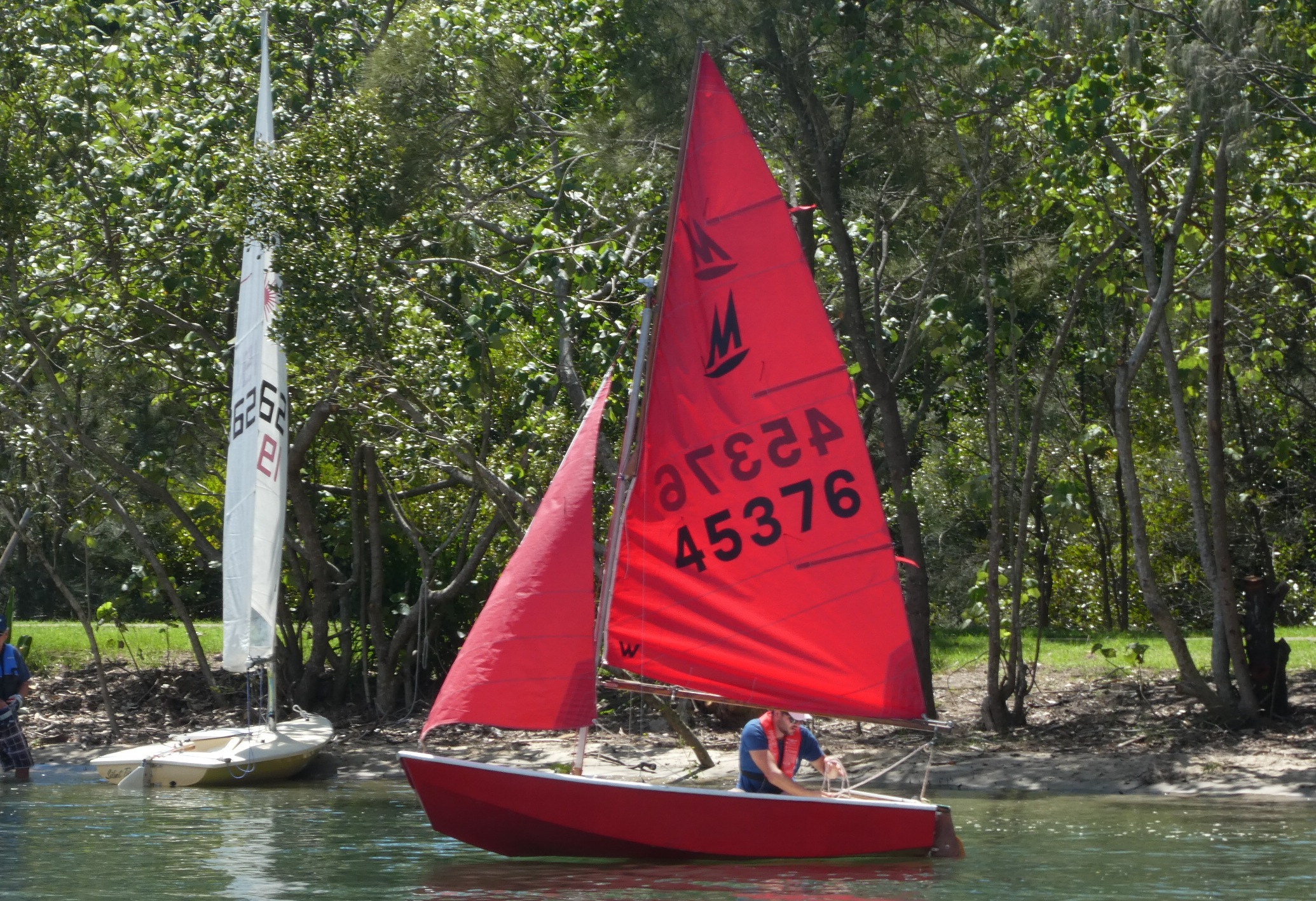