Last Sunday the sailing club conducted its last race for the summer season. 14 boats competed, and fortunately, the breeze picked up and it turned into a pleasant afternoon on the river.

Fastest boat was visitor Jason Purcell, from Big River Sailing Club, sailing a high-tech Carbon Fibre single handed RS Aero, one minute back 2nd finisher, NS14 “Zazen 2” (Adam Hurt and Tom Busbridge). The ultra-light weight RS Aero was always going to be hard to beat in the light wind conditions. Third finisher, one minute back, was Laser “Siesta” (Gary McCrohan) who got in only 5 seconds ahead of Laser “Bluey” (Kate Yeomans).

The big event today was the final heat of the 4-race, NS14 Class Championship series. This is a scratch series for 14ft two handed boats. Getting the bullet today in a sparse field of only 3 boats was Fingal Team Adam Hurt and Tom Busbridge in their new boat, “Zazen 2” getting home 6 minutes ahead of 2nd placed Impulsive Max (Robert Preston & Rachael O’Hara). The NS14 fleet was decimated 2 months ago after two top boats were severely damaged by Waves created by Wake Surfing boats and these two boats have been unable to return to compete this season. One of these was last years Champion NS14 Tornado.

Meanwhile Tweed Sailors are preparing for State Championships at other clubs. Dave Chester and Deb Flannery competed with 13 Hobie 16’s, raced on Waterloo Bay from Manly boat harbour in a trial race for the state championships. After a 2-race series, Dave and Deb scored a respectable 4th place. Meanwhile Robert Preston with crew Miles will be competing in the next Heron class Australian Championship.

The sailing club would like to extend they’re thanks to the NSW Maritime Authorities “Boating Safety Officer” who patrolled the Fingal Reach on Sunday. Using a Jet Ski, the Officer was un-noticed and kept the river safe for sailing and passive river users.

Next Sunday at Fingal there will be social sailing and Juniors sailing, but no racing now till the Winter series starts in May.

Anybody wishing to get involved in Sailing on the Tweed should contact Club Commodore, Bill Fenelon on 0411 123 4052. 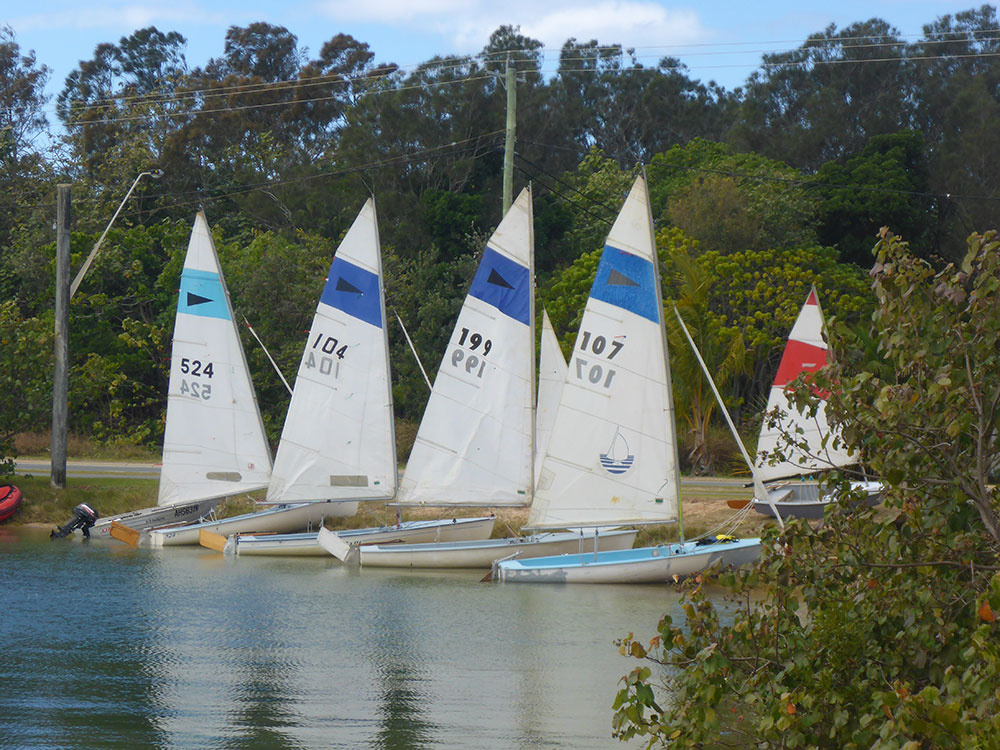 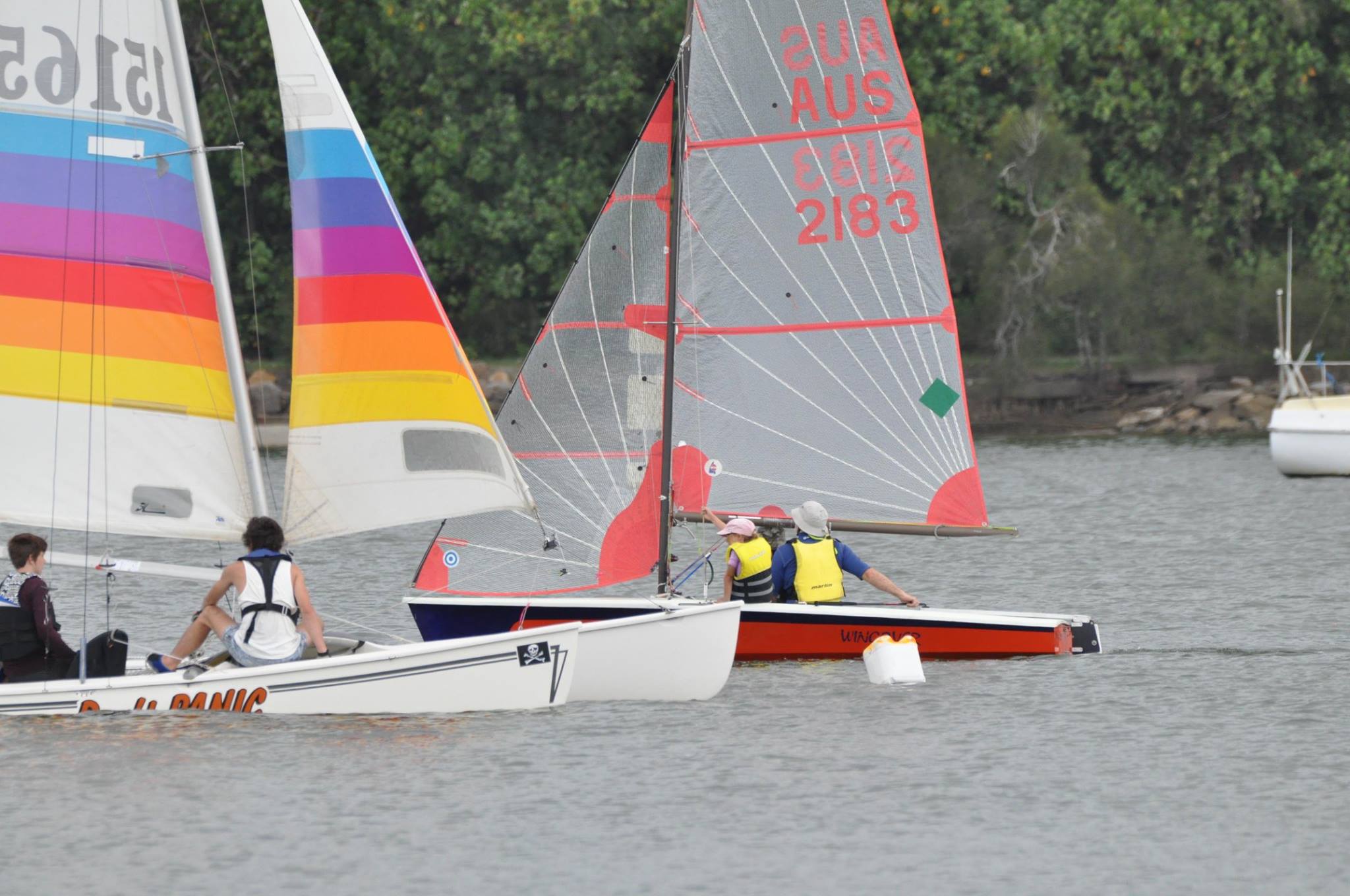 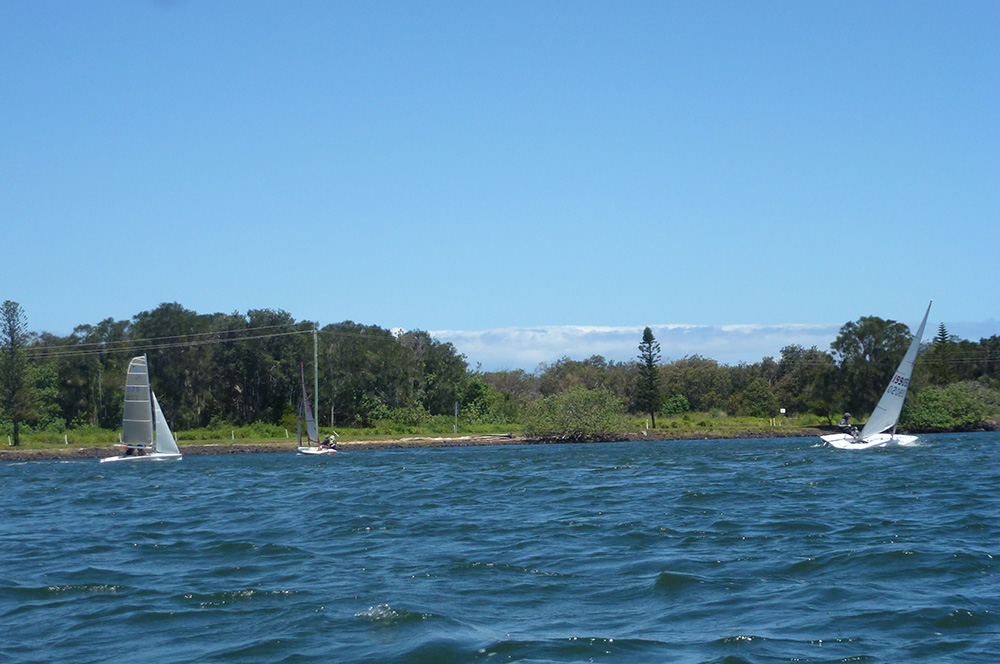 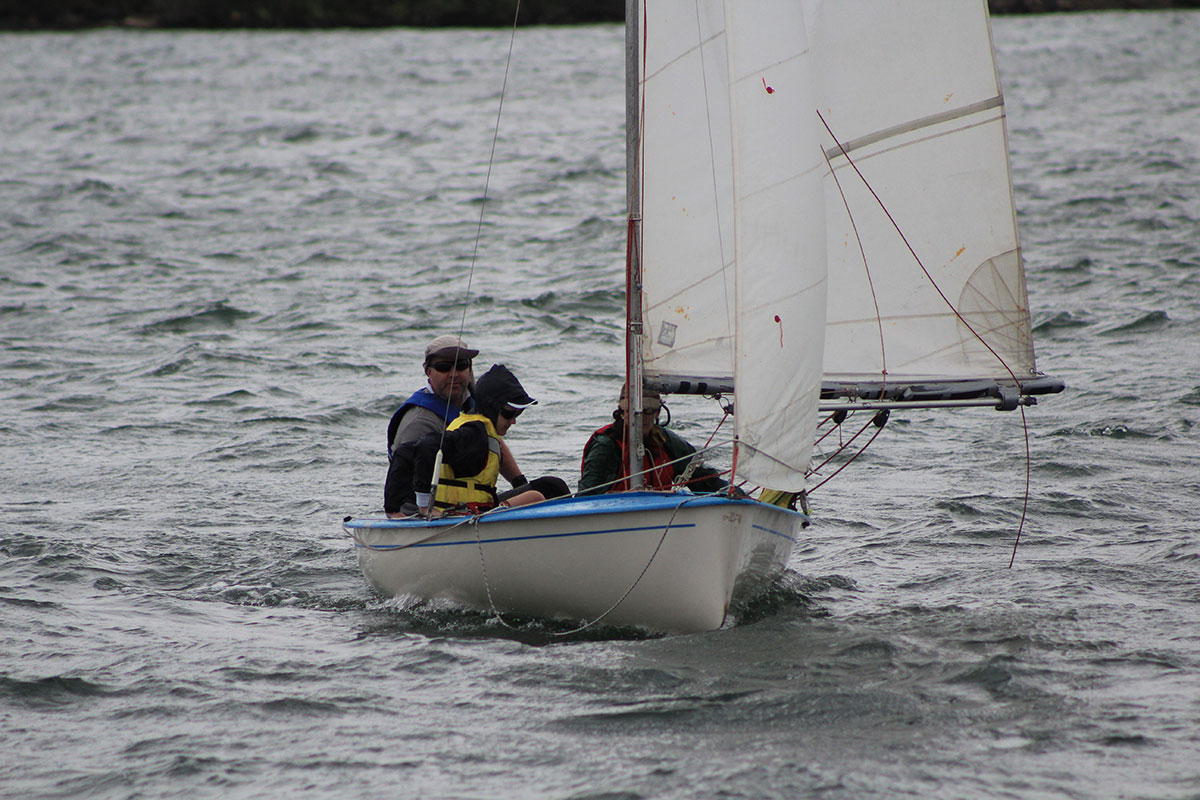 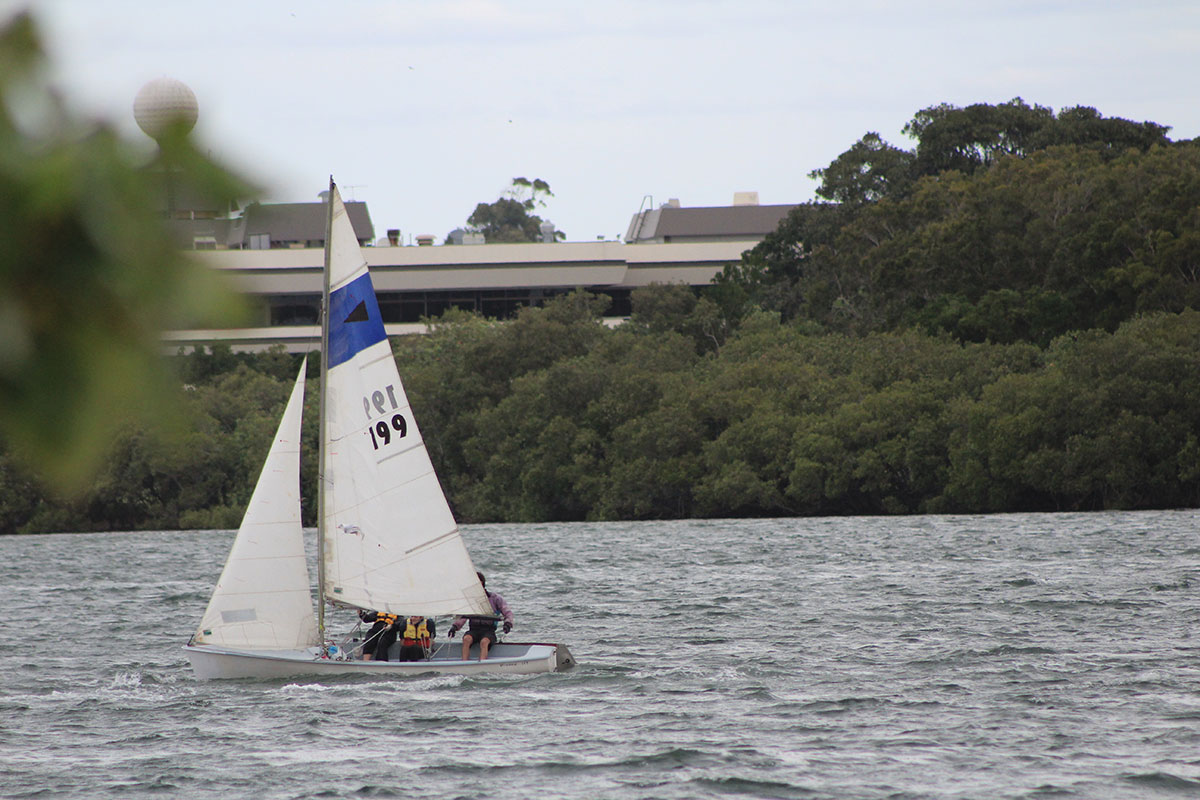 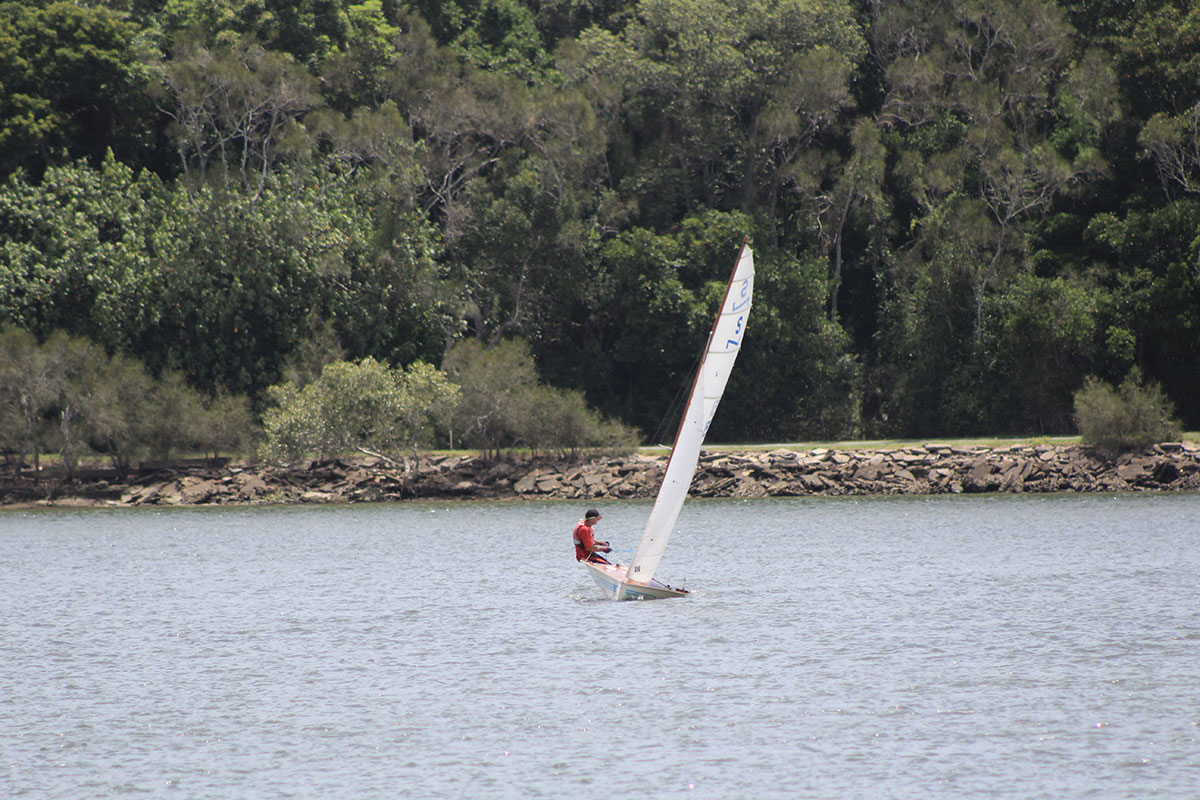 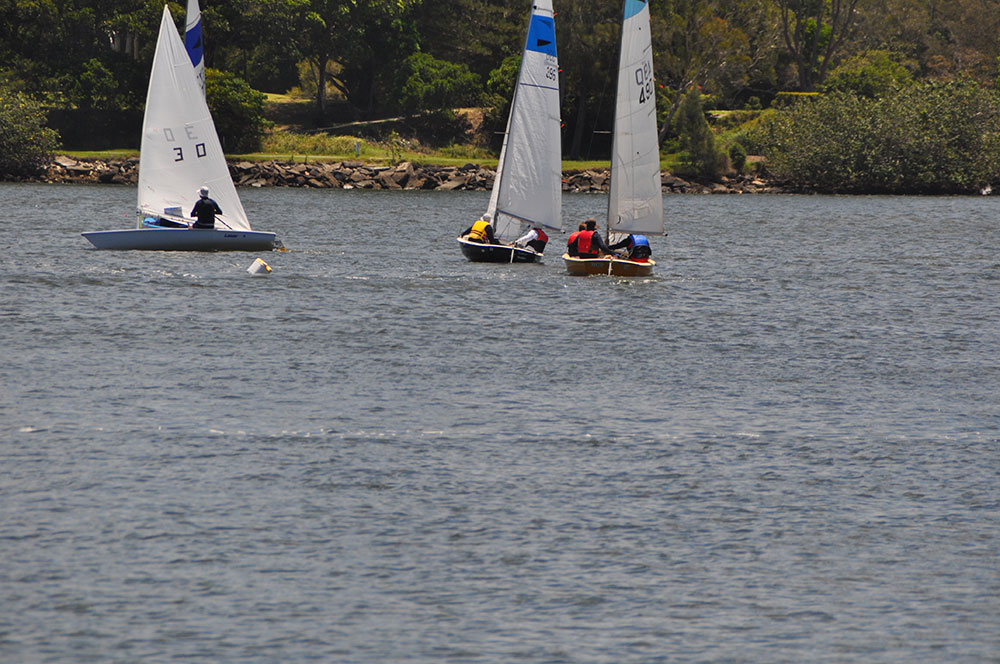 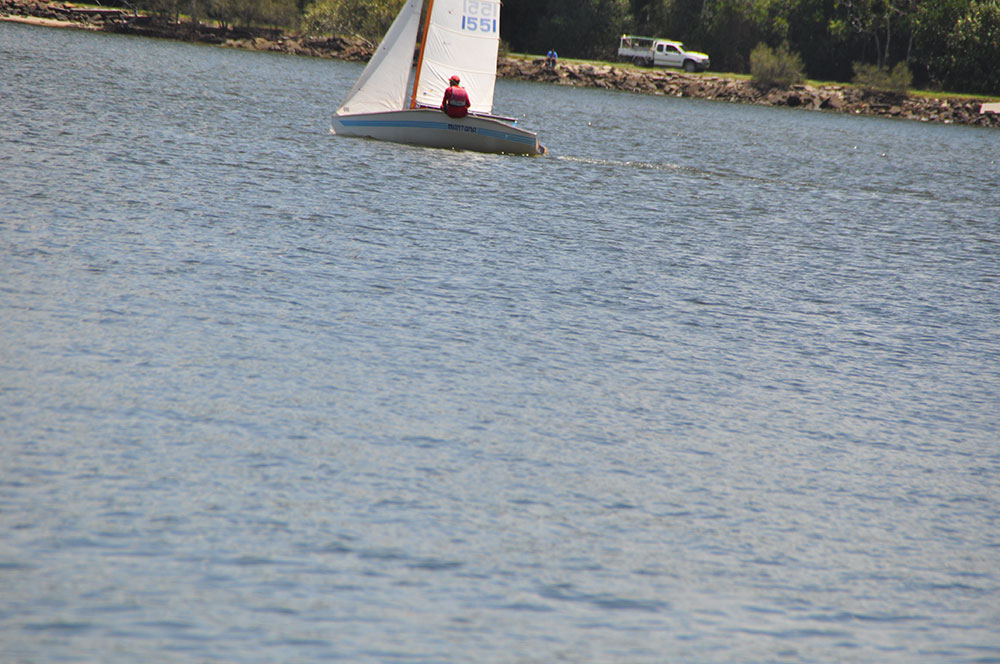 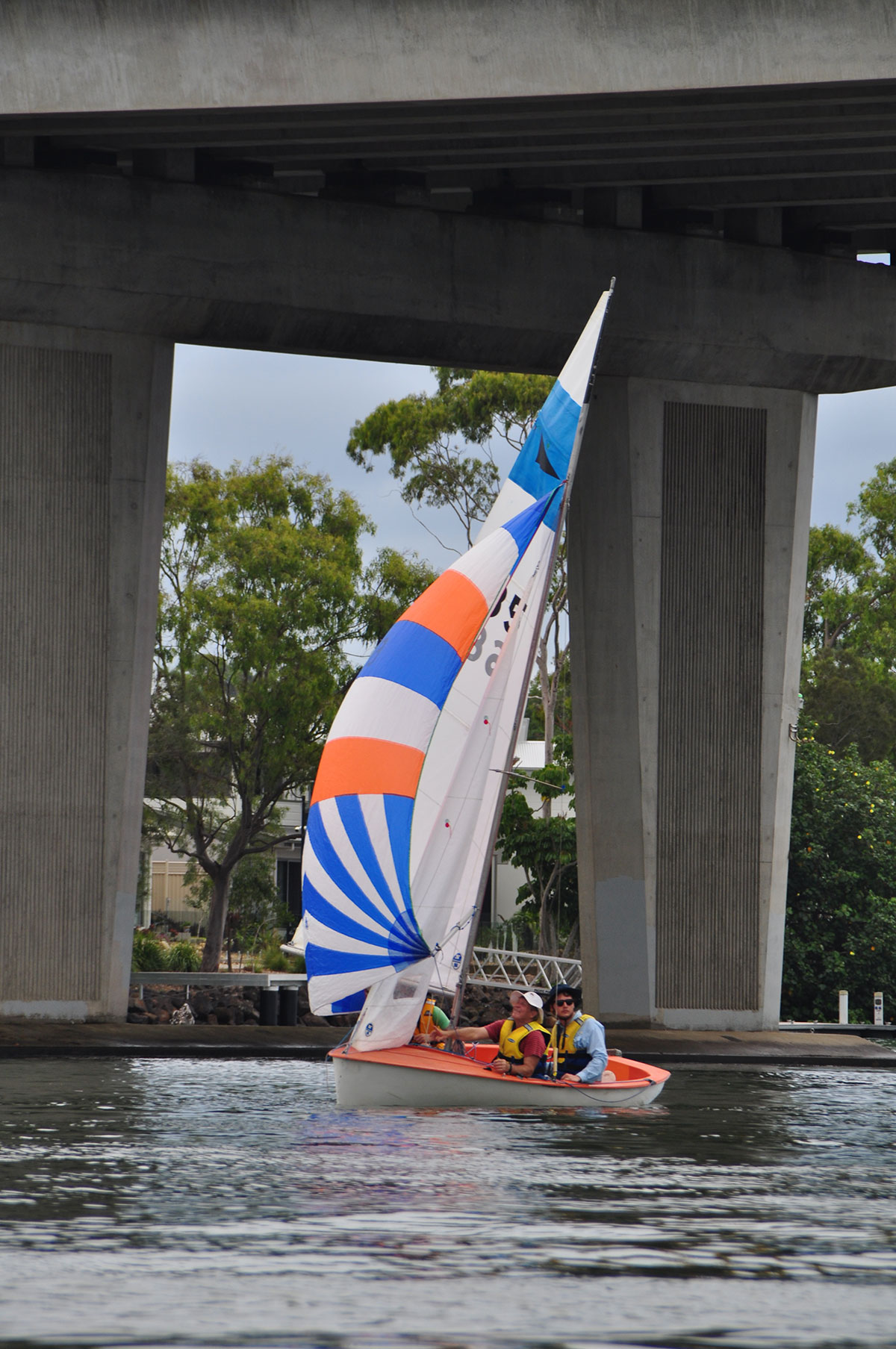 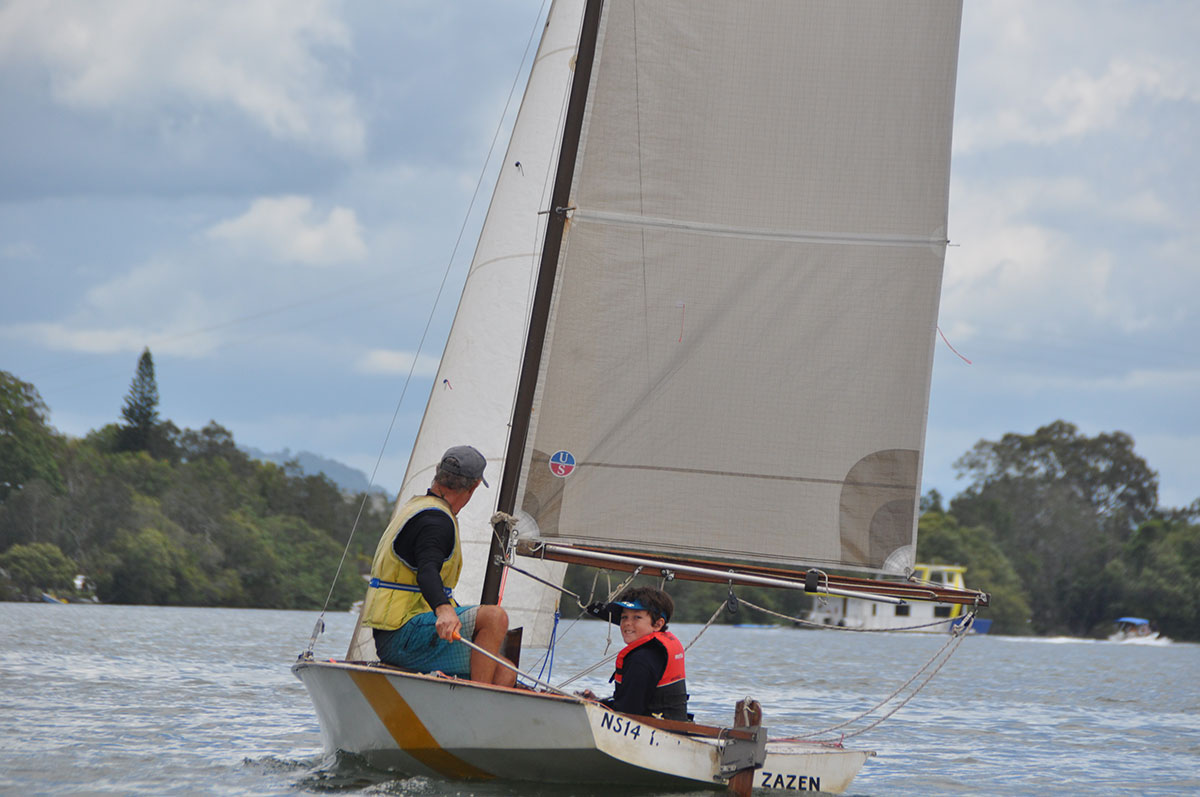